Check out part one here!

The next morning (Saturday), I got up a little earlier than Rachel to get in a quick 3-4 mile run. I love running on the Disney properties and Coronado Springs is no exception. Coronado has a nice 1.2 mile loop that takes you around the inside of the resort. This made for some good people watching as well.

Once I finished up my run, Rachel was already getting out of the shower. So after I finished cleaning up, we made our way over to the Magic Kingdom for the day.

Now with most of our Disney trips to Orlando, since we have annual passes, we can take it easy while we are in the parks. We ended up walking around for most of the day, riding a few rides and just taking in the overall experience of the Magic Kingdom. 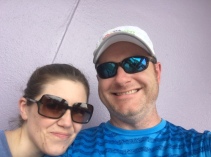 Later that afternoon, we headed back over to our resort to rest for a little while. While the temperatures were never crazy hot, the crowds were quite high. It was nice to take a little break before heading over to Disney Springs for the evening.

Once we got over to Disney Springs, where we were meeting several of our friends for dinner, the rain storms decided to grace us again with their presence. And unfortunately, this made trying to meet up with our friends, and getting over to the restaurant, quite interesting to say the least. By the time we met up, we were all pretty soaked.

But even with the rain, we had a great time getting to see everyone for dinner. We were grateful they braved the storms to come over and see us. My only regret is we didn’t get a picture of us. After spending a few hours together, Rachel and I made our way back over to the resort for the evening. We would have walked around Disney Springs more, but the rain had not really let up. So we called it and early night.

The final morning, we packed up and grabbed some breakfast at one of the quick service places in Coronado Springs. We decided to head back over to the Animal Kingdom for another hour or so to see Pandora one last time. Fortunately, we had a FastPass for the river ride and were able to ride that one more time. After maybe an hour, we headed back to our car and began the journey back to Atlanta. While I would have loved to stay a little longer, I had an early Monday morning at work. 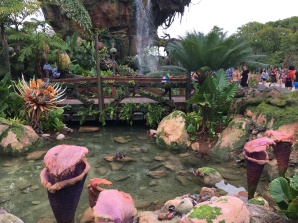 All in all, we had a great (and quick) weekend trip to Disney. We were both so impressed with the new Pandora Land at the Animal Kingdom. It is a must see for sure! I expect it will become part of our regular rotation when we are down there. Until next time, Disney…

Back in early June, Rachel and I made our way down to Orlando to visit Disney World and hit up the new Pandora – The World of Avatar, which opened in late May at the Animal Kingdom.

We started our journey by leaving mid-afternoon on Thursday and made the 7-hour trek down to Orlando. Fortunately, our friends Ciara and Nick, who live in Orlando, let us crash with them for the first night so we didn’t have to pay for a hotel. They have just recently moved into a new place and it’s awesome!

On Friday morning, we headed over to Coronado Springs Resort, where we stayed during the rest of our trip. Luckily, they already had a room available, so we were able to drop our stuff in the room and grab the Disney bus to the Animal Kingdom.

We were both quite excited to see the new themed land of Pandora. And friends…it did not disappoint. It was simply fantastic. The details and theming rival just about anything I’ve ever seen Disney do. Honestly, Cars Land at California Adventure is about the only other Disney-themed land (that we’ve seen) that compares. 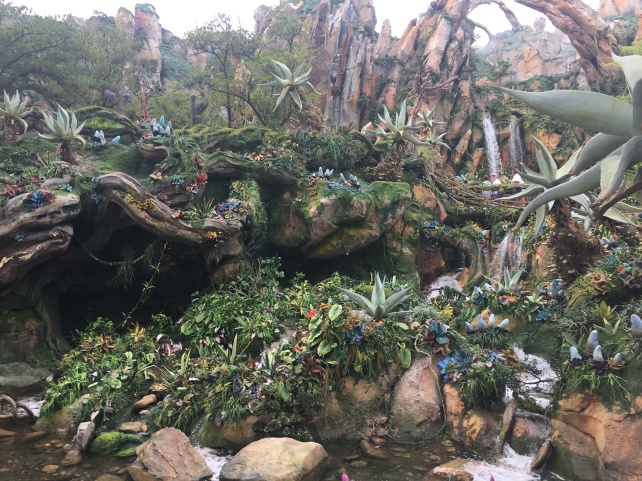 After stopping for several pictures, we made our way over to Pongu Pongu to enjoy a few Pandoran beverages. We both enjoyed the drinks. I, particularly, loved the one I got (Night Blossom). I actually ended up getting another Night Blossom later in the evening. 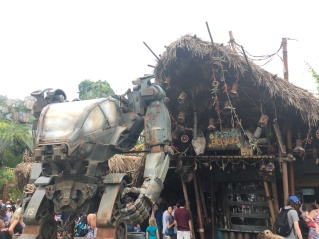 Then we walked over to the Windtraders store to look around at all of the different merchandise for sale. Once we had walked around for a while, we grabbed some lunch and got in line for the first of the 2 rides Pandora has to offer. We actually had a FastPass for one of the rides, but it wasn’t till mid-afternoon. So we waited in line for the first ride (Na’Vi River Journey), since we had time before our FastPass.

After a good 90-minute wait, we got on the Na’Vi River Journey ride. It was absolutely beautiful. The ride takes you through the rainforest of Pandora and is all lit up with amazing colors and theming. The only downside is that the ride is quite short. I probably wouldn’t wait nearly as long again, but since it was the main reason we were down at Disney, we figured it was worth it. 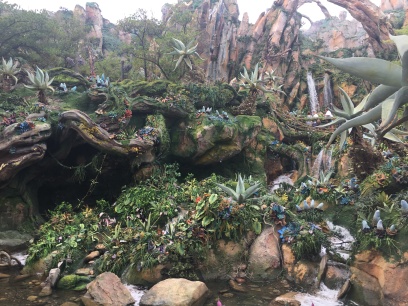 Once we got off the ride, we were able to walk over to our FastPass (Flight of Passage), which had a significantly longer wait time. We had heard great things about this ride, so we were both excited to finally experience it.

Without giving too much away, I will say, Flight of Passage might be the best ride I’ve ever done at Disney. It was, in a word, breathtaking! I can’t recommend it enough! Honestly, if the line wasn’t so crazy long, we would have gone back to ride it several more times. It was definitely worth it.

After that, we headed out of Pandora to walk around the rest of the Animal Kingdom. It had been quite a while since we had been in this particular park, so it was nice to see it all again.

Around late afternoon, we decided we wanted to hit up our favorite pizza place (Via Napoli) in the Italy section of Epcot. And about the time we decided to head over to Epcot, the bottom opened up and absolutely poured down rain on us. To say we were soaked would be underselling it a little bit. But…we are both troupers and pushed through and made it to Epcot and Via Napoli for a wonderful dinner!

Once we had finished dinner, we knew we needed to go back to our room and change out of our damp clothes. Fortunately, the rain had basically stopped by this point, so we were able to get back to our resort and clean up.

To close our day, we went back over to the Animal Kingdom and Pandora so we could be there as the sun set and experience it at night. This proved to be 100% the best decision as Pandora at night is magical!

Pandora lights up like nothing I’ve ever seen before. We both were just so impressed with the atmosphere and theming. We got quite a few pictures to say the least. 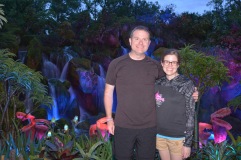 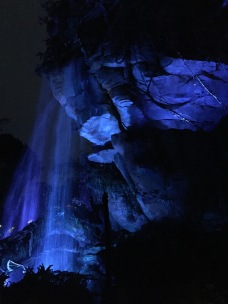 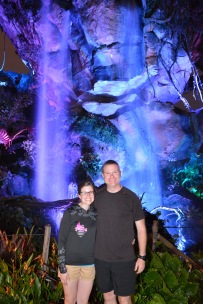 After a while, we made our way back over to the resort and called it a night. It had been a long, but wonderful day at Disney!

Stay tuned for the second half of our June Disney trip recap coming soon.

Hey friends! I’m back! Did you miss me? I feel like you probably did a little. And I get it. My blog/thoughts are what get you through the day. Well, I totally understand and I’m back to catch you up on all the exciting things going on in my life. Are you ready….

Work, Disney trip, running, Vacation Bible School, multiple summer camps, family time, friend time, and did I mention work? That’s the short version. But in all seriousness, it’s been a busy few weeks. Fortunately, this gives me several new things to blog about, including our trip to Disney and the new Pandora (Avatar) Land at the Animal Kingdom. I know you are waiting on pins and needles, but good things come to those that wait.

Stay tuned for all new and exciting posts coming soon. Until then, my friends, catch me on the socials… (FB, Insta, Twitters) 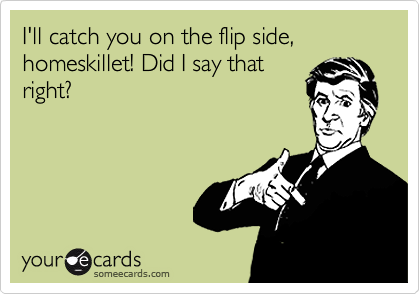