2017 was another solid year of running. This year consisted of multiple half marathons as well as 2 different challenges. As of this morning I crossed 1,125 miles for the year, and I’m hoping to get in a couple more runs this weekend to close out 2017.

Here are my running highlights of 2017…

WDW Half Marathon I started the year by heading down to Walt Disney World to run my 5th consecutive WDW Half Marathon. Unfortunately, they actually had to cancel the race the night before because of weather concerns. However, they still gave out medals and gift cards in the amount of the race fees. While I was disappointed they had to cancel the race, I totally understood Disney’s reasoning for keeping everyone safe. I ended up getting in my 13.1 miles in that weekend by running in Celebration, which is the town across from where we were staying.

Princess Half Marathon Originally Rachel was going to run this race solo, but I decided to join her once runDisney canceled the race in January. There is a reason this is called the Princess Half Marathon as about 90% of the runners were women. I enjoyed this race as the weather and course were great; plus, it’s always a bonus when I can run with Rachel.

Publix Half Marathon This was my second year running the Publix Half in Atlanta and the first year for Rachel. This is one of my favorite race courses as it takes you through a lot of great spots in Atlanta, but it is quite hilly for sure. Rachel and I had a great race! 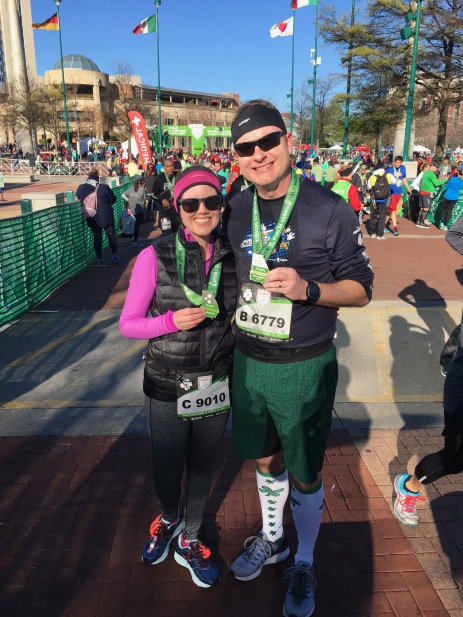 Tear Drop Half Marathon The Tear Drop takes place in Chatsworth, GA, which is about 90 minutes north of Atlanta. This is billed as the fastest half marathon in Georgia. Runners start on top of mountain and run about 7-8 of the miles down the mountain. I ended up with my second fastest half marathon time and Rachel dominated her race as well! 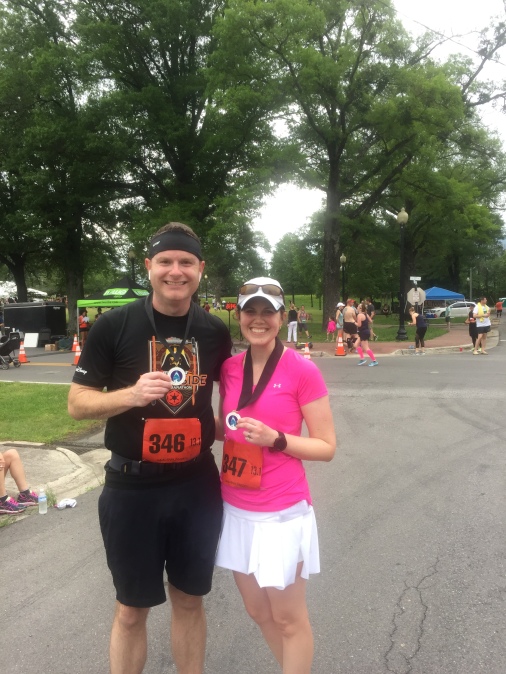 Tinkerbell Half Marathon In May, we headed out to Disneyland to earn our 4th consecutive Coast to Coast medal by running the Tinkerbell Half Marathon. This was especially meaningful for us as runDisney is taking some time off from hosting any races in Anaheim after 2017. I’m glad we were able to get in one more half marathon/coast to coast before they took a break.

Peachtree Road Race July 4th brought me back to the world’s largest 10K with the Peachtree Road Race. I ended up running with my good friend Meredith this year while our respective spouses met us at the finish line. This race is the first part of the Triple Peach Challenge.

SeaWheeze Half Marathon In August, I won a free race registration to SeaWheeze in Vancouver for my first international half marathon. Running this race on this beautiful course was one of the highlights of the running year, plus it was my 25th overall half marathon!

Atlanta 10 Miler In late October, I completed the second part of the Triple Peach Challenge by running the Atlanta 10 Miler. This year the race course went the opposite direction from last year and took you down Cardiac Hill, which is about a mile long. I definitely prefer to run down Cardiac Hill versus up it. It was a great race again this year! 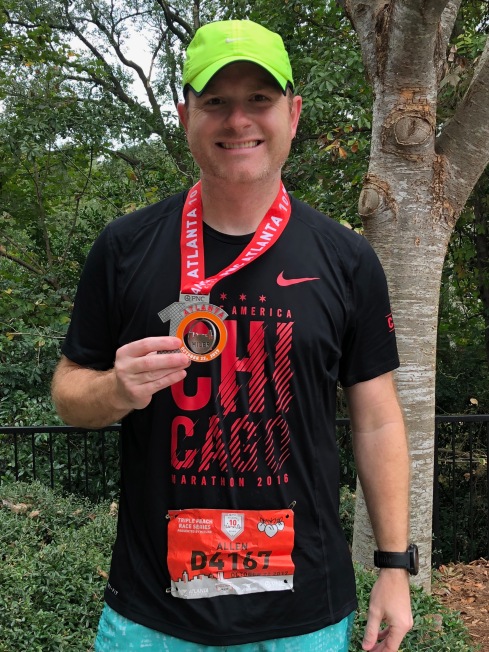 Thanksgiving Half Marathon My final race of the year was the Thanksgiving Half Marathon and it completed the Triple Peach Challenge. The course this year was one of my favorites. Plus, the weather was almost perfect! I ended up breaking my half marathon time from the Tear Drop Half by over 2 minutes and came within 4 minutes of my half PR. And while I plan to take next year off from running the Thanksgiving half, I definitely plan on coming back in the future. 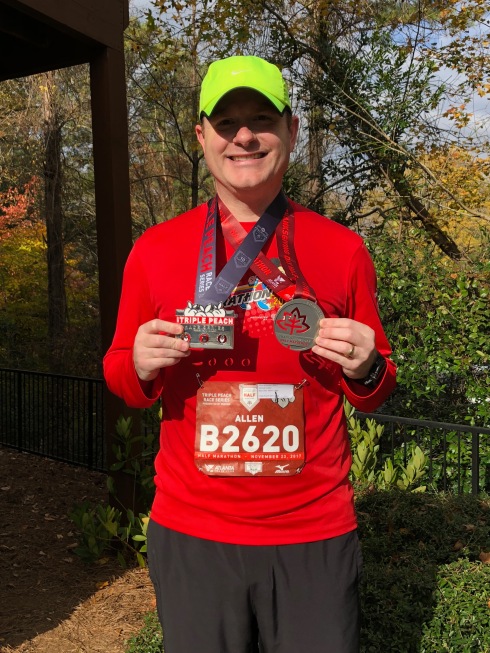 All in all, I completed 7 half marathons and 2 different race challenges (Triple Peach and Coast to Coast). Plus, I averaged over 95 miles per month and served as a running ambassador for Nuun Hydration.