A couple of weekends ago, Rachel and I headed up to Knoxville, Tennessee to run the Covenant Health Knoxville Half Marathon. This race was exciting for 2 different reasons…

We headed out on Saturday morning from Atlanta. Knoxville is only a little over 3 hours away, so we decided to only stay one night up there. Once we got into Knoxville (a little after lunchtime), we checked in to our hotel and made our way over to the race expo. We ended up getting a hotel literally less than 5 minutes from the expo and starting line. This turned out to be a great decision!

The expo was fairly small, but actually had a pretty decent amount of booths to check out. Once we grabbed our race numbers and shirts, we made our way around the expo and actually picked up a few additional things. Sometimes expo can be hit or miss, but I thought this was one of the more successful ones for us.

After the expo, we headed over to the Sunsphere, which looks like a giant microphone. The Sunsphere is one of the only things left from the 1982 World’s Fair, which was hosted in Knoxville. We took the elevator to the top and got a cool 360° view of the area around us. It was really cool! 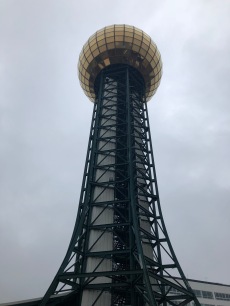 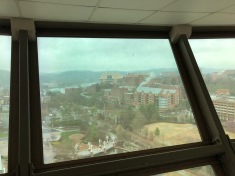 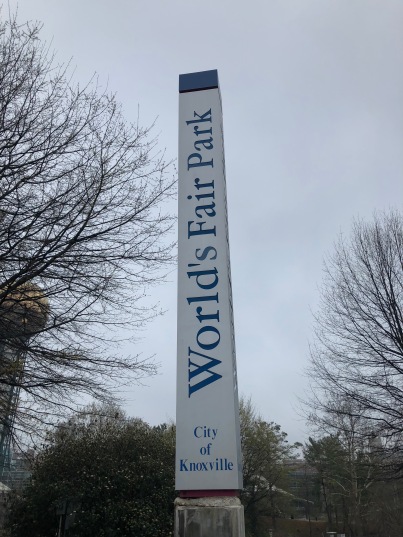 After the Sunsphere, we dropped our stuff in our hotel room and headed back out to explore more of the downtown Knoxville area. We walked over to Market Square, which has quite a few stores and restaurants. One of the nice things about the day is we were expecting quite a bit of rain, but the weather held off (for the most part). We were able to shop/sightsee for several hours. And although it was a little colder than we would have liked, it could have been much worse. 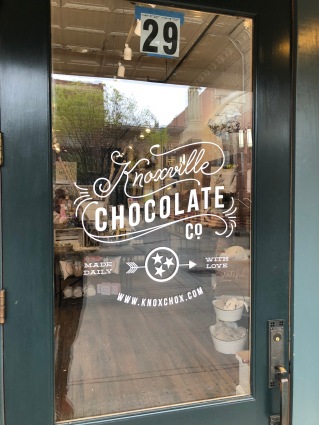 After a few hours, we found an awesome pizza place – The Tomato Head – and grabbed an early dinner before heading back towards the hotel. Since the NCAA Basketball Tourney was still going on, we decided to call it an early evening and rest up in the hotel room. Fortunately, we didn’t have a brutally early morning, as the race had a 7:30 am start time and we were only a 5 minute walk from the starting line. After a few more hours, we headed on to bed. It was time to rest up for the Knoxville Half Marathon!

Stayed tuned for part two of the Knoxville Half Marathon Recap with Rachel taking over the reigns!

One thought on “Knoxville Half Marathon Recap (Part One)”