As I mentioned in my previous blog post, Rachel and I spent last weekend in New York City. We had a great time hitting up the shows, sights and stores. Let’s start from the beginning…

On Thursday morning, we flew out of Atlanta and landed in NYC a little before noon. After grabbing a cab into the city, we checked in to our hotel and made our way out for lunch and some sightseeing. We had to be at Part One of Harry Potter and the Cursed Child by 7:30, so we knew we had most of the afternoon to explore.

After grabbing some lunch, we jumped on the subway down to SoHo for some shopping. We ended up hitting several cool stores, including the Jean Shop, which is where I previously bought my favorite pair of jeans in the world! I picked up a new pair and Rachel even got a pair for herself!

We spent a few hours walking around some different stores before making our way back to the hotel. We decided to walk back as it was roughly a 30-45 minute walk, but we figured we could stop along the way for pictures and sights.

Once we got back to the hotel, we cleaned up and rested for a little bit before making our way to dinner and the play. Rachel found a great restaurant that ended up being quite good! After dinner, we walked over to the Lyric Theatre for the HP play.

Now friends, I’m a huge Harry Potter fan. Rachel definitely loves it, too, but I think she sometimes appeases my love for this amazing universe. I knew when they released the HP play in London a few years ago that I had to see this on Broadway when it inevitability came to New York. I was thrilled when they announced it was coming to Broadway, and even more excited when I learned 7 of the principle London cast members were coming as well.

So once we got to the theater, I was crazy excited! Even just the outside of the theater was amazing! After grabbing several pictures, we made our way inside. 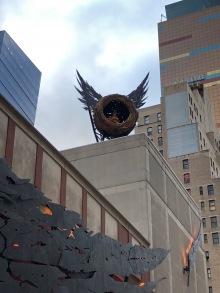 Everything about the inside was awesome and themed around the play. We hit up the merchandise booths, where we picked up several souvenirs. We then made our way into the theater and found our seats. 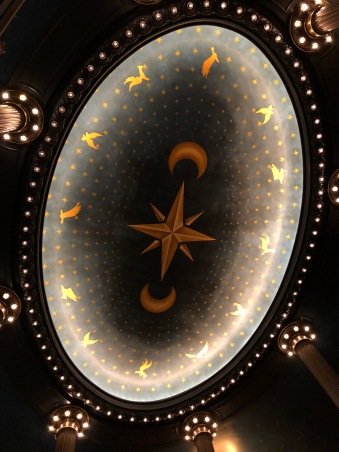 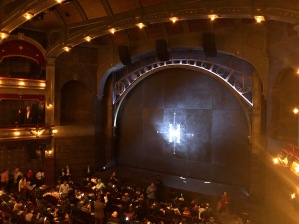 Without giving too much away, Harry Potter and the Cursed Child Part One was absolutely breathtaking. I absolutely loved it. From the cast and scenery to the overall story and stage effects, it was amazing! When part one ended, I knew part two was going to be just as good. I couldn’t wait for Friday night!

Once the show ended, we closed out the evening by making our way over to Times Square for a few minutes to walk around and see all the craziness of everything. And, of course, there were thousands upon thousands of people. It really is the “city that never sleeps.”