This past Saturday, January 30th, I had the opportunity to run the Suwanee Gateway Half Marathon in Suwanee, Georgia. Suwanee is about 25 miles north of Atlanta.

I was excited to run this race, as one of my goals for 2016 is to run more local races. Plus, I am familiar with the area, as Rachel and I used to live in Gwinnett County, where Suwanee is located.

I got up bright and early to make my way up to the Suwanee Town Center. The race started at 7:30, but I was aiming to get up there a little before 7:00 to park and find the starting line. One of the nice things about this race is the runners could hang out in the City Hall building before the race starts. It was a chilly 30 degrees that morning, so not having to wait outside in the starting corral was awesome!

Hanging out in City Hall.

The race was a nice size of around 300 runners, which made for an easy transition to the starting line, which was literally right down the steps from City Hall. I ended up running into several people I knew from when we lived in Gwinnett County.

I also knew that my new social media running friend Brandi would be there as well. It was great to get to talk with Brandi and one of her friends Jennifer for a while before the race got started.

At 7:25 we made our way down to the starting line and by 7:30 we were off. I stayed with Brandi for the first mile just chatting and getting to know her a little better. She was running her 50th half marathon that morning. She is a rock star!

After the first mile, I ended up leaving Brandi, as her pace is just a little slower than mine. My goal was to maintain around a 10 minute per mile pace. I had read there were several hills in this race, so I was mentally preparing myself to dominate the hills!

The first 3-4 miles were nice and steady. As we entered into George Pierce Park, we encountered our first big hill. And I’ll be honest, it about wore me out. I train on some hills in Atlanta, but my long training runs during Dopey were mostly flat to simulate running at Disney. It had been quite a while since I had run a hill like this one for sure.

Running down Peachtree Industrial Blvd. before getting to George Pierce Park.

After George Pierce Park, we headed into the Suwanee Greenway, which was my favorite part of the run. The greenway feels like you are running on a trail through the woods with beautiful scenery, trees and water along the way. As we exited out of the greenway, the hardest part of the run was next. Mile 8 to around mile 10 is a steady incline. It definitely took a lot of my energy to continue to push through.

But the nice part is once you get past this section, it’s a steady decline from around mile 10 to around mile 12.5. My fastest 3 miles were during this stretch and I was able to regain some of the lost time from the previous hills.

Right around mile 11…I was happy to be coming down the hill this time!

As you make your way back to the Town Center and the finish line, you encounter the final hill, which unfortunately is at the very end. But as I crossed mile 13, I was able to push the last tenth of a mile and cross the finish line with a solid pace and great finishing time. 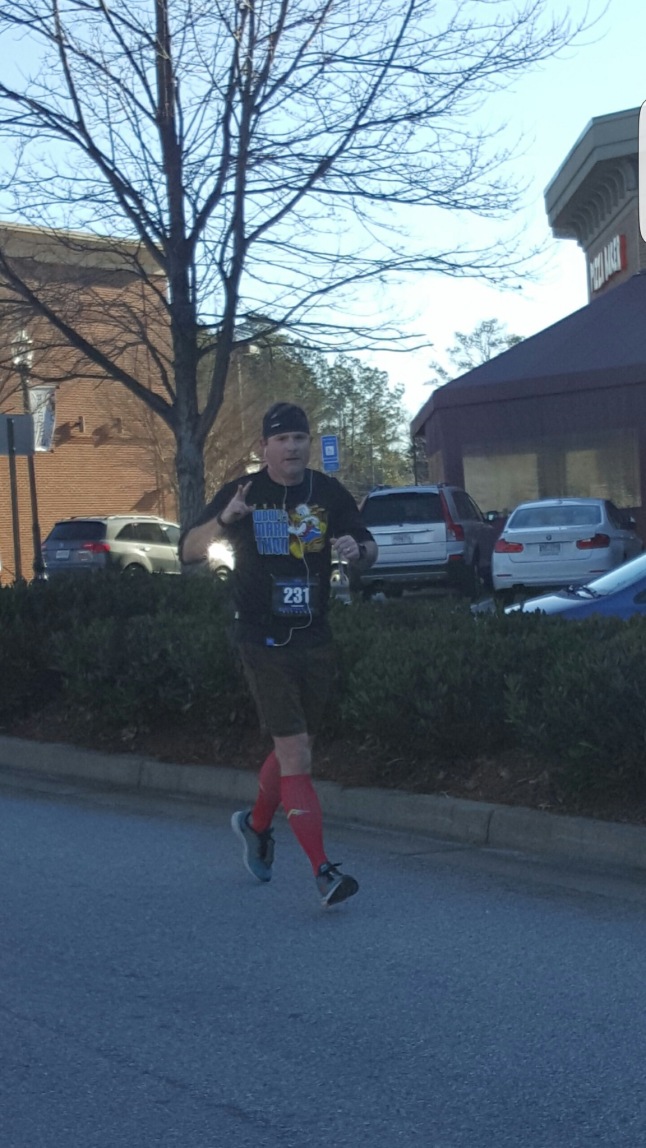 One of my friends got this picture of me coming down the finish line! 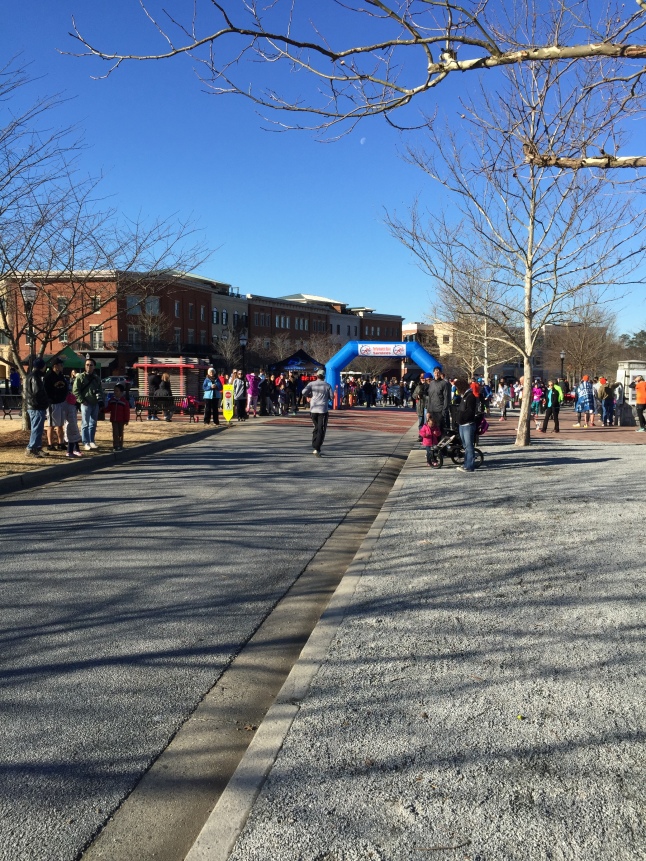 I grabbed my medal, water and banana and made my way to my car, which was right at the mile 13 marker. I hung around for about 20-30 minutes catching up with some more friends and cheering on the remaining runners. I even got a great picture of Brandi coming up the final hill. She was dominating! 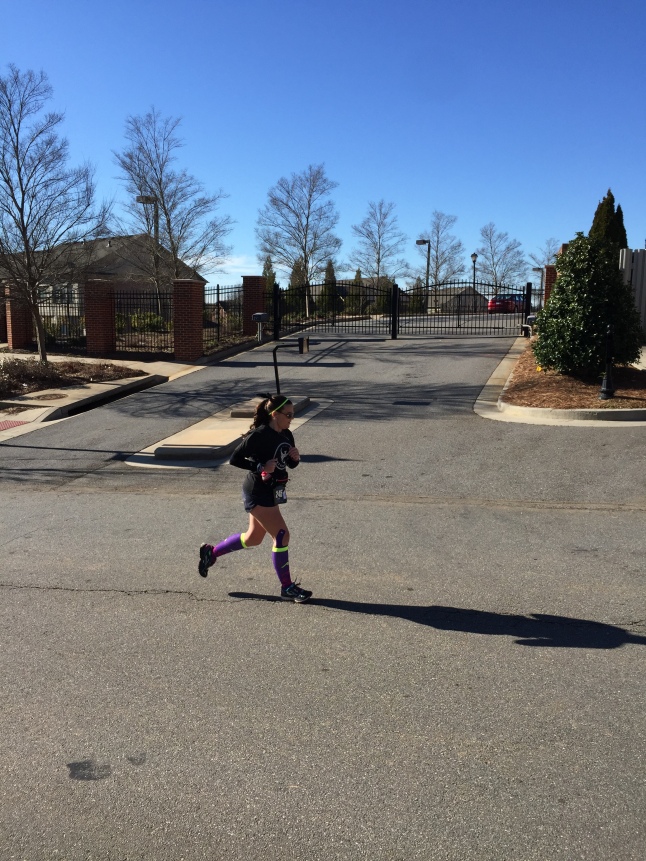 All in all, it was a great race! For the size of this kind of race, there were plenty of water stations and good crowd support along the way. I will say there were quite a few more hills that I was expecting, but nothing impossible. I definitely think I will do this race again. Hopefully Rachel will consider running it with me next year!