Greatest of all time (G.O.A.T.). It’s such an interesting and subjective conversation. This person is the greatest. No, this person is. Nowhere is this more prevalent than in sports.

As the Australian Open ended last week and the Super Bowl is upon us, we have several unique arguments for the greatest of all time. Serena Williams won her 23rd overall major tournament, while Roger Federer won his 18th. Tom Brady is going for Super Bowl number 5. Nick Saban almost won his 6th overall College Football Championship. There is and has been a lot of history to be made. 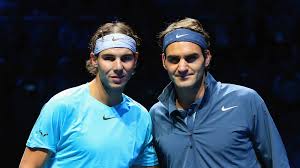 But are these 4 the greatest in their respective sports? You could definitely argue for yes. But at the same time, there are prevailing arguments against as well. Rafael Nadal, who Federer beat in the Australian Open, holds a 23-12 advantage head to head, including a winning record in the major tournaments. Serena, who passed Steffi Graff for number 23, has never really had the same kind of challengers that Steffi seemed to have. Even Brady, whose numbers are amazingly great, doesn’t have the overall numbers that a guy like Peyton Manning had. Saban still needs to one more title to tie Coach Bear Bryant.

So here is my question…why does it matter so much to people who is the G.O.A.T.? What is it about sports, among everything else, that drives people to make these bold statements?

For the most part, I think it’s more about the competitive nature of people. My guy is the best and if you don’t agree, then you are wrong! But what about this? No, she’s definitely the best! And so on, and so forth.

My challenge to us is, why does it matter? Federer AND Nadal have had amazing careers. Easily two of the best tennis players I have ever seen. It’s great for tennis when they play each other. If Tom Brady wins Super Bowl number 5 (and as a Falcons fan, I hope this doesn’t happen), I will enjoy the history of a 5th Super Bowl title. It would be very impressive. Heck, Nick Saban very well might win 1 or 2 or even 3 more titles before he retires.

So I say, let’s enjoy this! How great is this opportunity to watch history being made? And friends, sports give us great stories, year after year. From the Chicago Cubs finally winning a World Series after 100+ years to Lebron James bringing home a NBA Championship to Cleveland, you’ve got to love sports!

And yes, the discussions of who the best is will continue. But I, for one, will sit back and enjoy these players and teams for what they are. And when my team or player wins, I will celebrate as always. But most importantly, I will try to keep perspective. While sports are great, I have so much more to be thankful for in this life!